The Big Reunion continues to interest me despite having reached the point where all the episodes showing each person’s fall from fame having now been broadcast. Tonight’s did cover Blue’s journey on the fame rollercoaster. There are several reasons why this wasn’t as interesting as it was for the other bands:

The other problem with this Blue-centric episode – common with other non-5ive centric episodes – was the sparsity of 5ive’s Abz Love. We only really got to see him tell Sean that he was a lovely guy after Sean had an emotional reaction (from the perspective of a TV viewer it   looked like he was just seeking attention but not even remotely trying and actively trying to look disinterested – doubtlessly not appreciating the irony of this).

One of this things mentioned overtly by Antony Costa is that despite generating a lot of money with their earlier success the band had not seen much dividends. This has been skirted around with a few of the other people. They all seem to have quite nice homes but then again some of them have normal jobs and some of them are still in the limelight. Despite being surly and quick to criticise people, I hate to think of people being demeaned in some way. I’d hate, for example, to learn that Spike from 911 had a job as a bus driver (note: I AM saying there is something wrong with being a bus driver as a profession, don’t mistake this as me saying bus driver in some no-disrespect-meant kind of way).

This issue of money – and indeed my own concern for (specifically) former pop stars dominated my thinking for almost an entire minute at one stage I voiced my concerns to my partner, saying: “They can’t be making that much money out of this, even if the tour is selling out they are splitting the money quite a lot of ways.” For this reason, if for no other, this is the benefit of J not being present in the fIVe (that’s how I’m writing 5ive now  – see by writing it like that it looks like the Roman numeral for the number four! Ha!). 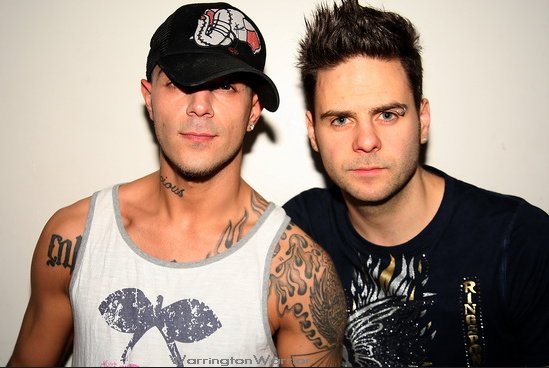