I have been doing OK with the sunburn thus far. My lower back and the back of my right knee took a bit of a hit on day one but other than that I am doing fine. I have been mainly using over factor 30 though.

I am aware that aloe vera is good for sunburn. There is a container in the basket that says aloe vera on it. There is some other stupid Spanish word on the bottle but it’s clearly an aloe vera rub. My stomach isn’t sunburned but it is a little pink. “This makes perfect sense,” I think and drip out some of the aloe vera, a generous amount. I rub it into my stomach – a generous amount is required for this. I don’t feel any immediate effect but I don’t know what aloe vera does so don’t judge it a failure.

My partner is on the balcony. “Will you put some of this on my back please?” I ask. “Well I can but what do you want conditioner on your head for?” she asks. I look at the stupid Spanish word above aloe vera on the bottle. It says acondicionador. Well, how was I to know? Acondicionador looks nothing like the word conditioner. Nothing. And why would there be a small bottle of conditioner next to the small shampoo in the hotel’s complimentary bathroom set? That’s the last place you would expect to find some conditioner – and the first place you would expect to find some aloe vera cream for treating excess sun exposure.

Back in salt water today and the swimming is coming along swimmingly. HA! I do about a half (or a bit more than half) of the longest pool at the hotel, which is about 20 metres or so in length. At my rate of improvement I should be doing the English channel before I am 40 – it is saltwater so I’ll be fine.

As I lie awaiting sleep – I go to bed a lot earlier after lying around doing nothing all day -there is a terrible film on Film4. It is called Whiteout and is a part of their heroine season. Kate Beckinsale is the heroine of this film. As part of a series of films glorifying strong female leads it is somewhat jarring that within the first couple of minutes there is a scene showing Beckinsale in her underpants, then showering, for no reason whatsoever.

Beckinsale’s character is as out of sync with being a hero as the film is being part of a season paying tribute to strong female leads.  She is some kind of Marshall in Antarctica where some murders are happening. She shouts at a few people for not trusting her to stop the murders, as people continue to die you think they have a point. There is a male character with just enough screen time, and played by a well known enough actor, to clearly be the villain when the twist has been revealed. He turns out to be the villain. It’s a very poor film. 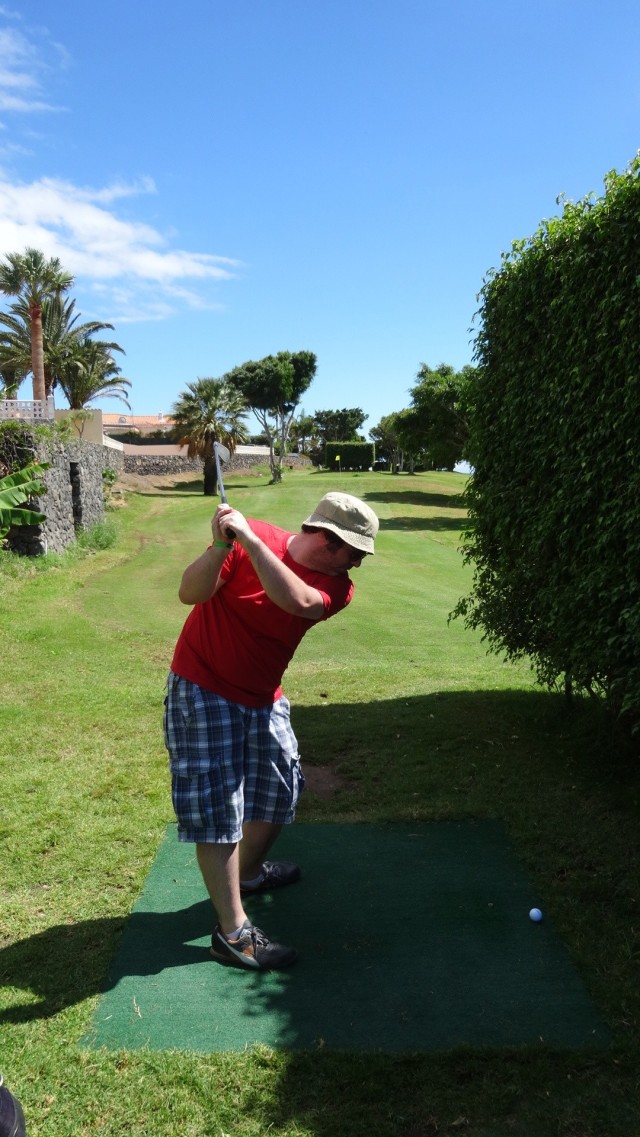 There is a long story building up to this tee shot on the first hold of a nine hole round I played this afternoon, it involves a pregnant woman walking for about an hour in the intense midday sun up hills and stuff. It was all worth it when I walked off the course after the ninth refusing to add up my score because it was so appalling.