For me the decision not to go to a small mountain village was not one made on the back of drawing up a list of pros and cons. It was something I could allow instinct to dictate.

Before people begin to jump to the defence of Spanish mountain villages I should explain that getting to or from the villa we are in requires driving along very narrow, very windy (in generally windy weather) roads. On the side of a mountain. That last bit is probably more important than the others – for as much as I don’t like going outside the lines of a road it is more about plummeting to my death that bothers me. And for that reason I declined the day trip to a Spanish mountain village. As I would have declined a trip anywhere.

But, full disclosure, I have no fucking interest in small Spanish mountain villages. (And anyone who says I would sulkingly have turned any trip down after not being able to watch the football yesterday is wrong.)

So what does a man do all on his own? Well a man entertains himself that’s what he does. I had to finish off watching Life of Pi. It is one of those books that I have read in the last five years or so that I would have struggled to explain the plot of to someone. Ditto The Reluctant Fundamentalist. The film was OK like, just not great. Bit dull, looked nice: 5/9.

I was also ploughing my way through The Godfather (book) after years of meaning to, I am finally reading it. I tend not to read books if I have seen the film but if you can’t make an exception for The Godfather then what can you make an exception for? (Well I also made an exception for Jurassic Park, so that is an answer to the question.) It’s clearly a brilliant book and the first book I have ever read that compares vaginal reconstruction surgery to carpentry. Maybe I am reading the wrong books.

I also watched some episodes of The Twilight Zone. I fucking love The Twilight Zone. Having mad ideas in the late 50s was so much easier than having ideas now because no-one had ideas before then. Apart from The Bible, war and a few ideas about science. If they were so fucking clever in history then why didn’t they invent the iPod or the internet? Dicks. 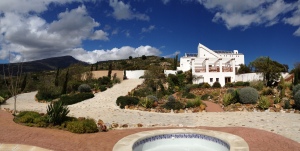 My quantum of solace