What a day for the people on my team at work. The department has been like Berlin before the fall of the Berlin wall – there was a big wall in it. Well not a wall, but a big group of secure cupboards separating half of it into two quarters (well they separated half of it into two halves, which were each a quarter of the whole).

And then came a man. Or was he? Was he the one to whom the prophecy referred? (they asked). No (they answered, what prophecy are you talking about anyway) they answered. But had there been a prophecy…well then just maybe…just a chance…that this guy: he was maybe the one.

Like a mythical legend he suggested in departmental meetings that the cupboards should be moved. There was resistance. “That’s futile,” he thought – thinking laughter at his remark so not to let on to people that he’d thought the remark OR thought it worthy of laughter. The resistance WOULD BE PROVED FUTILE.

Like Homer he would undertake many labours in order to bring down this mighty barrier (technically speaking just move it) and move some people around so that people doing the same job were sat with each other. Yes, he was just like Homer – in that bit of The Odyssey where Homer fills out an IT & Facilities request form and then waits several weeks for some middle-aged men to move a few desks around while he stands by and watches with some other younger, physically fitter men (though admittedly not wearing shoes with metal toecaps meant health and safety regulations prevented them from doing so).

Well it was in the version of The Odyssey I read.

Did you guess it was me who changed the layout of my office, dear reader?

I did think about getting some wanky photographs of the whole thing in the style of several things commemorating the closure of the BBC TV Office of London. But instead – being not able to take good photographs – I took this picture instead. 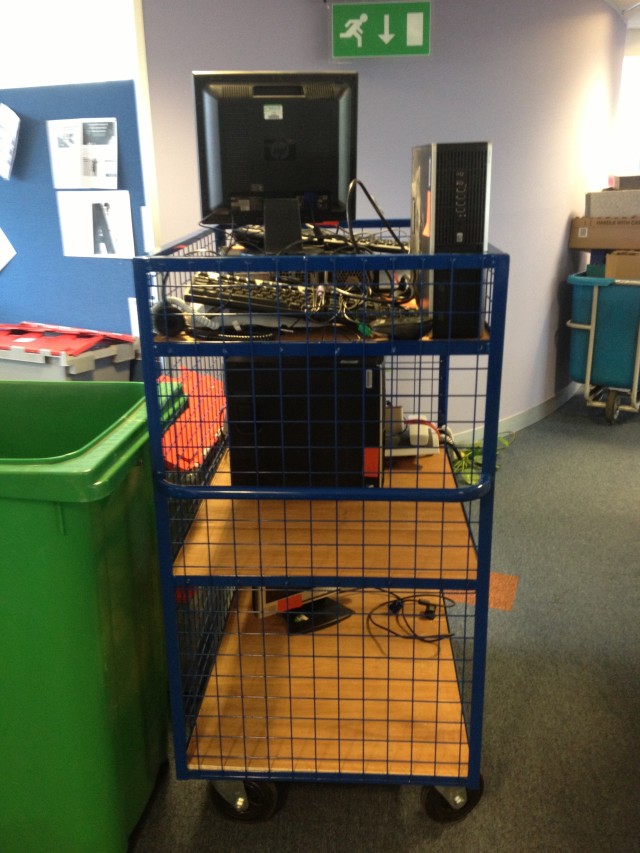