I can text – albeit slowly – but what’s the point when a phone call would do the job in a fraction of the time? asks Michele Hanson in The Guardian.

Well this is true to an extent. But a lot of what I might text to people isn’t worth phoning someone to say. I also don’t need an instant response. And I don’t like talking to people. You phone someone and you risk a conversation. If you could spit out some words and get an answer then it might be worth it but that’s not what happens. People want to know what you’re doing, what you’ve been doing and what you plan on doing. Well people can fuck off. I can ignore questions on a text without the awkwardness of ignoring it when someone is on the end.

Michele’s example of the clunkiness of the text is:

Yesterday the Daughter texted. She needed a lift to carry a large package somewhere and then proceed to the dentist. Could I pick her up in 10 minutes? No I couldn’t. But as I had my hands in the dog’s dinner when she texted, I had to stop dog-cooking, wash and dry hands, pick up mobile, read text, answer it – which I can do, but slowly – saying I needed half an hour, then return to dog’s dinner, resume picking out the skin and bones, when “ping”, another text. Daughter had replied at the speed of light. More hand-washing, drying, picking up phone. Could I please bring Daughter’s blue gloves and glasses and did I have any spare bread?

Well why didn’t she phone her daughter back? She is as guilty as her daughter is. Also, had her daughter phoned she would have had to still do the hand-washing bit. This is just SMS hating for the sheer bloody-mindedness of it. What is she teaching her daughter by engaging in this text-table-tennis? One, she is being a hypocrite. Two, she is enabling her daughter’s behaviour. If every time she got a text off her daughter she rang her back, her daughter would soon learn. She would learn to stop sending her mother texts and just cope without her as the thought of phoning her is obviously a bit of a chore.

Fortunately I am not the only person without enough of a life to warrant this article requiring some kind of response. Yes, it’s time for some comments.

Jimson Weed takes the opportunity to tell the world that she/he doesn’t even have a mobile phone – this comment is recommended by four other Guardian comment readers. I’ve recommended some shit in my time (menthol cigarettes, the TV show Lost and the music of Dodgy) but recommending someone saying they don’t own a phone is beneath even me.

Michele has said that she can play the piano in the article – this information is required to understand why latethink adds the final sentence:

I don’t have a mobile phone so I don’t text, but confess to feeling a little left-out about it. I’m on the computer all day for work though, so a land line and email seem to be quite enough at the moment. I wish I did play the piano.

Mark Court cannot restrain his respect for this comment, and respect is a great thing:

latethink, in my opinion, makes a wonderful comment. I don’t have a mobile phone either (a worrying trend on this thread). But what I do have is a terrific respect for anyone who can play a musical instrument – the piano in particular – and brighten up life in general. Good for you, Michele! And thanks, latethink.

Seriously, there is a lot of positivity in there. I feel like a bit of a dick for being flippant about it. But I’m going to be. I don’t know what some it means. I think the middle bit means that piano playing brightens up life in general. But it could mean that his terrific respect brightens up life in general. Which it does. But, yes, good for Michele. I don’t think she needs confidence in herself, she seems very forthright and confident. A cynic could suggest that she doesn’t even really dislike texts and the whole stance was a rouse to get her to a position where she would have to mention her pianism (what do you know? It is a word). But Mark Court is happy for her either way – and makes sure he thanks latehink  – after the early praise there is some respect being shown for latethink. She only fucking said she wished she could play the piano (actually she says she wishes she did play the piano, maybe she can and just doesn’t). She didn’t say anything other than that. Maybe Mark Court should get over it and accept that he is the one making a big deal out of it. And to a larger extent I am, now.

A lot of other people just spend some time saying what I have already said (you choose how to reply etc). No fucking about from lookingforrocks, though:

My mother is at least your age if not older, she has mastered texting and its very annoying, as she is sometimes faster than me.
Texting, if you learn to do it, is faster than a phone call. Not wanting to learn how to text is another matter.
This really is simple and I’m not sure why it merited a full article in the Guardian. Massive waste of time even reading it, the Guardian needs to do better.

He/she has missed the whole bit where Michele has said it’s nothing to do with her age or gender and said that’s she is very dexterous because she plays the piano? Mark Court hasn’t. I would like to see someone who could text faster than I could talk as well. lookingforrocks is full of shit. He makes a very incisive point when he/she says that “not wanting to learn how to text is another matter”. Well that was kind of what the whole thing was about wasn’t it lookingforrocks? Her article was about not liking text messages and doing them. What is this person on about? It’s a short opinion piece in the Life & Style section. It’s not the front page of the paper (that is about a posh person being pregnant). It’s there to get people to nod or shake their heads or pathetic people to write comment – or even more pathetic people to write a lengthy and uninteresting blog about it. 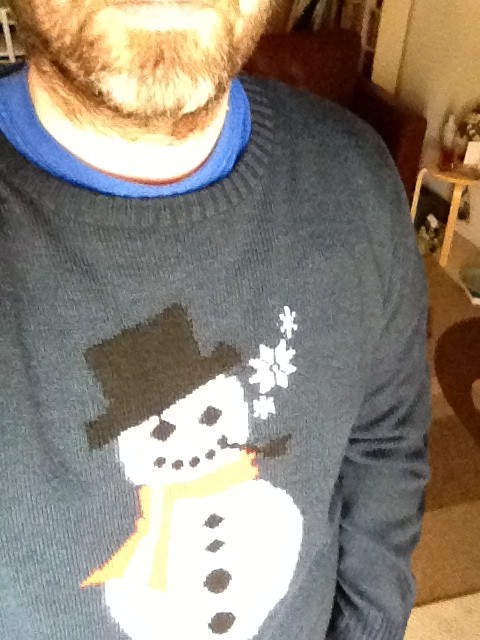