The main question I have to ask myself is why did I write a blog about the union flag yesterday knowing today I wouldn’t do anything? My point is that I did do some stuff on Monday and so DID have something to say and so could have waffled on about a flag here. Oh wait a minute I could just pretend…yeah, no I did loads TODAY, definitely today and here it is:

Who does a turn in a pub at five o’clock in the afternoon? Carlo Sax. That’s who. There was nothing wrong in terms of his act. It was just that..we were sat about three metres away from him and we just wanted a chat. Which is why we were sat in a pub in Stalybridge and not near a stage in a working men’s club at ten o’clock on a Friday night. I am not going to blame CS for that, though I would assure him that even if it had been Jonathan Wilkes himself then I still would have left after a few songs to go and sit in a quieter pub.

If I were to criticise Mr Sax at all it would to be that he was a bit demanding of the effort he wanted his audience to put into requesting songs. I can’t speak for everyone else who was present in the Q Inn but I wasn’t there for the live act. Maybe some people were there especially for ‘the sax machine’, as I’m almost certain he is known. Let me paint a picture for you though: there is a singer in a pub, he also has a saxophone on a stand(you think it is a coincidence that someone called Sax also plays the saxophone? I am suspicious that he was bullied into it by his parents who would, of course, realise the massive potential of your musical instrument and your surname being the same/similar word).

So professional singer of cover versions who plays saxophone. What are people going to request? You’d think so wouldn’t you? But, no, he was annoyed when Baker Street was requested as “when everyone is asking for it later they’ll be annoyed I’ve done it earlier when it wasn’t full.” Sometimes people can worry about things that they should probably just not worry about don’t they?

One thing that is definitely a guess, as this happened today remember and not on Monday, is that proactive moves to combat hangover symptoms have not necessarily worked. Difference in behaviours today:

These studies show that slight behavioural changes do not counteract drinking about ten pints of lager. There must be some way of reaching a stage where I don’t lose days to hangovers…but still get to get battered, natch. 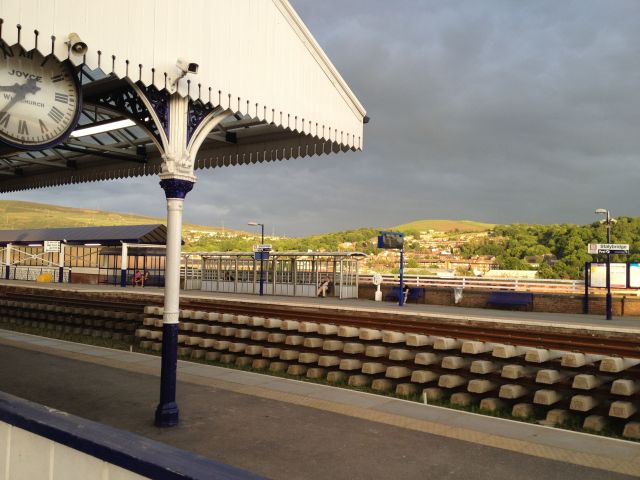 This entry was posted in Uncategorized and tagged professional singer, sax machine. Bookmark the permalink.