I had been meaning to catch up with a radio play that had caught my eye for a few days now. The freedom granted me by Leavecember offered me the chance to do so while I did the washing up¹. I was sure that it was called Q for some reason. It wasn’t though. I had only glanced at the drawing that accompanied the précis on the iPlayer. It had been the greek letter Φ – not a Q. Oh what a fool I felt. I reconciled myself by telling myself that everyone gets phi and q mixed up every now and then.

I ended up having to trawl through all the dramas Radio 4 had on the iPlayer as googling what is was about had got me nowhere. Really what good does Google do if it cant help me identify a recently broadcast Radio 4 Afternoon Play? Trawling through iPlayer did make me stumble on this though which was a bit like an idea I started on about a man who found a slug in his garden that didn’t stop growing – ‘a bit like’ in this sense not extending to being written, produced, broadcast or being good. But other than that my idea was a bit like this.

It was called Ancient Greek. Ahhhhhh, that is why it was a phi. It was really very good and I would advise you give it a listen (if you haven’t listened to it already, and if you have I am not saying listen to it again; It was good enough to sit through again but don’t just do it on my recommendation – it was a recommendation to listen to it for a first time). Unfortunately because I have taken so long to listen to it there is only a day or so before it goes off the iPlayer. Sorry.

If you do, though, can you riddle me this: why do radio programmes on the iPlayer have a bit of the radio from just before and just after when you listen to them? Like when you Sky+ something². [You can also answer me this question if you know the answer but don’t listen to this play I have recommended.] The TV programmes on iPlayer are spick and span, start right at the beginning and end right at the end – you do have to put up with one of those little BBC idents. You don’t have to put up with the last 3 minutes of Eastenders when watch Frozen Planet [and then the first two minutes of the news ]. I know they are cost-cutting at the BBC  but cant they just employ someone to edit the radio stuff like they do the TV stuff? I really don’t mind if they sack Chris Moyles to pay for it – they could get any cunt off the street in for £20k a year and used what they have saved on Moyles to pay for the iPlayer radio editer (plus the £20k for the cunt to replace him) and have enough left to build a statue of Wogan and Bruce Forsyth kissing. Or something.

¹Unfortunately the freedom of Leavecember is being tempered by the shackles of my girlfriend who put a list of jobs on the fridge for me. How very dare she! This is my time to relax and enjoy myself. The washing up, take the rubbish out AND the hoovering (I would have said vacuum cleaning, but then again I would never oppress anyone by creating a list of tasks for someone to do). I will have no time to myself whilst trapped in this regime. Whatever anyone says about that I would have done these things anyway is irrelevant – and is certainly REALLY irrelevant that the tasks were minor, took me no time and should be things I do anyway. That I quite enjoy washing up with something on the radio is also not a valid point.

²Or in olden times when you set your video to record and started it early to make sure you didn’t miss the beginning and you had to do it manually because you weren’t rich enough to get on board with the Videoplus revolution – a revolutionary system which could save you as much as 14 seconds per record, depending on how long it took you to input your timer recording compared to how long it took you to input a 7-digit number.

It was reported that sales of Jeremy Clarkson’s DVDs were up in the wake of him saying strikers should be gasses in concentration camps the other day. A couple of things here: (1) A Jeremy Clarkson gift is an imagination free gift for anyone who likes cars/Top Gear/Jeremy Clarkson/all three – not criticising people who buy it for anyone. Well done. It’s a nice present.(2) It’s a couple of weeks before Christmas and that’s when a lot of people will buy such stocking filler/presents for people you know vaguely. (3) The trader quoted by The Guardian is HMV; for HMV a significant upturn in sales is represented by eleven people buying something. (4) The other source is the producer of the DVD, I believe they have a vested interest in saying everything is going swimmingly.

Look at these pictures I took walking to the Post Office this afternoon [There is a long and uninteresting anecdote about how the queueing system at the Collection Office has changed that I am sparing you here – remember that when you are buying my Christmas present], aren’t they lovely? I really am a talented guy, I took ages getting the composition and light right and I didn’t just point my phone at something that looked vaguely nice and couldn’t really see the screen because the sun was too bright. 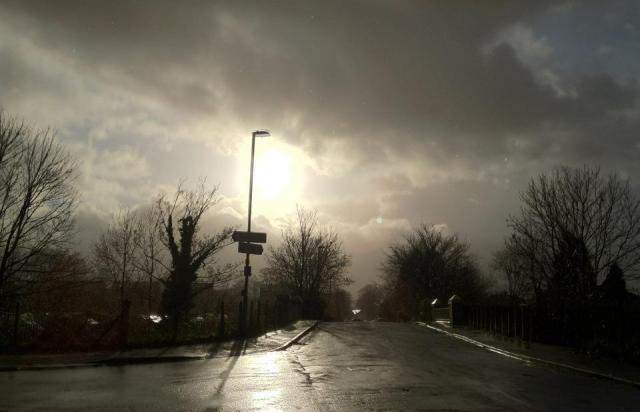 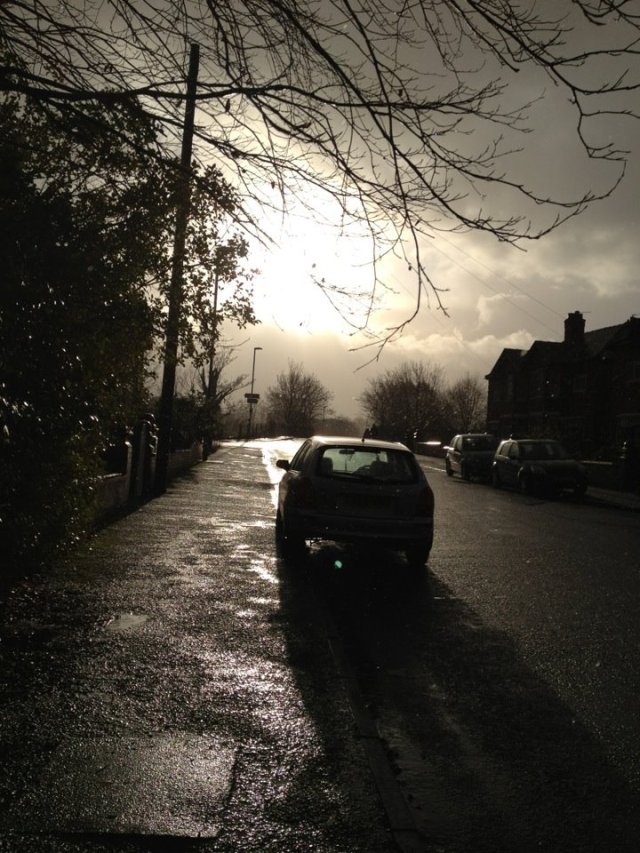