I have never really subscribed to Halloween. Fear is not a part of my emotional landscape that I have ever enjoyed. Sure, part of the <<find a verb that means ‘making something camp’>> process that seems to have taken place over the last decade kind of makes what was a celebration of fear in to something which makes fear cuddly/putting a mask on cuddly things has meant it is more about dressing up than scaring people..but still, I couldn’t give a fuck about it all. Don’t mistake this for a bitter ‘therefore I think it’s wrong and people shouldn’t celebrate it’ I have towards, say, St Patrick’s day: I for one applaud the popular attitude of a healthy percentage of young women who view Halloween/fancy dress as a sign to wear just underwear/skimpy clothes, three cheers etc.

All I will say about trick or treating is: I do not negotiate with terrorists.

Started to get my money’s worth out of the BBC’s new entertainment brothel at Salford Quays today as we went to catch a BBC6 gig there. The staff were cordial enough but seemed not to realise who I was. It took a good amount of willpower not to give them a short burst of manners. Something along the lines of “Woooooah – do you see me looking worried about a (possibly) apocryphal antenna-topped van powered with the power to put me in prison because I don’t have a TV License? No – that’s because I HAVE a TV licence. Ergo I am your boss and you should pay me some more respect.”

I didn’t say that, though. I just stood meekly in a queue.

The gig was good. In the main. Brief rundown: 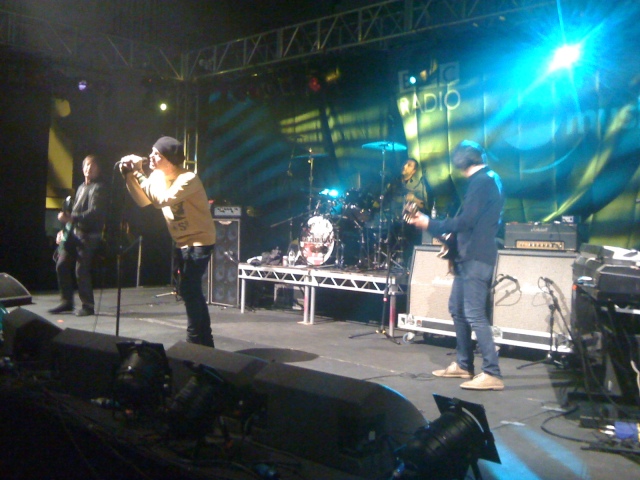